We have new information on the timeline for implementing the new Perkins law, plus updates on ESSA, innovative assessments, and new data on low-graduation rate high schools that can fall through the cracks of state accountability systems.

What’s Happening with the New Career and Technical Education Law?

Later this month, the Department will issue a draft state plan guide that states can use as they develop and submit their Perkins state plans that are required under the new law. Stakeholders, which include teachers, parents, and others, will have 60 days to provide feedback on the guide. The Department will then issue a final state plan guide, probably in January 2019, and state plans will be due later that spring. States will have the option of submitting a one-year transition plan, or their full Perkins state plan.

We recently conducted a webinar and released three fact sheets on the new Perkins law. The fact sheets describe what’s new in the law, the new accountability provisions, and how Perkins can be used to support college and career ready pathways for historically underserved students. To access the webinar video and fact sheets, visit all4ed.org/Perkins.

Switching gears to ESSA, the Department recently made two important announcements.  First, Florida’s ESSA plan has been approved—the final state to secure federal approval. The Department asked Florida to revise its initial plan because it didn’t incorporate the progress of English learners toward proficiency in English, one of the accountability indicators that is specifically required under ESSA. Also, rather than focusing on specific groups of historically underserved students as required under the law, the plan would have identified schools for support based on the whole school.  Florida addressed these issues to the department’s satisfaction, but there is still concern among local advocates.

The Department also approved New Hampshire to be the second of seven potential states to participate in the Innovative Assessment pilot authorized under ESSA. Louisiana is the other approved state. Both states are using this flexibility to develop and try out new forms of assessment, which they can pilot in a few districts first before scaling the new approach statewide, if the pilot is successful.

New Hampshire’s approach is called the Performance Assessment of Competency Education, or PACE. As the name suggests, it  uses performance assessments as the primary assessment tool. A performance assessment is often a complex project that is designed to engage students in critical thinking and problem solving in a more meaningful way than traditional multiple choice tests.

Under the pilot, students in participating districts will take these performance assessments throughout the school year. They will only have to take the current statewide assessment once in elementary, middle and high school in English and math- as opposed to every other state, where students take statewide math and English tests in each of grades three through eight, and once in high school. New Hampshire’s pilot is approved through the school year ending in 2023. More information on the pilot is available here. 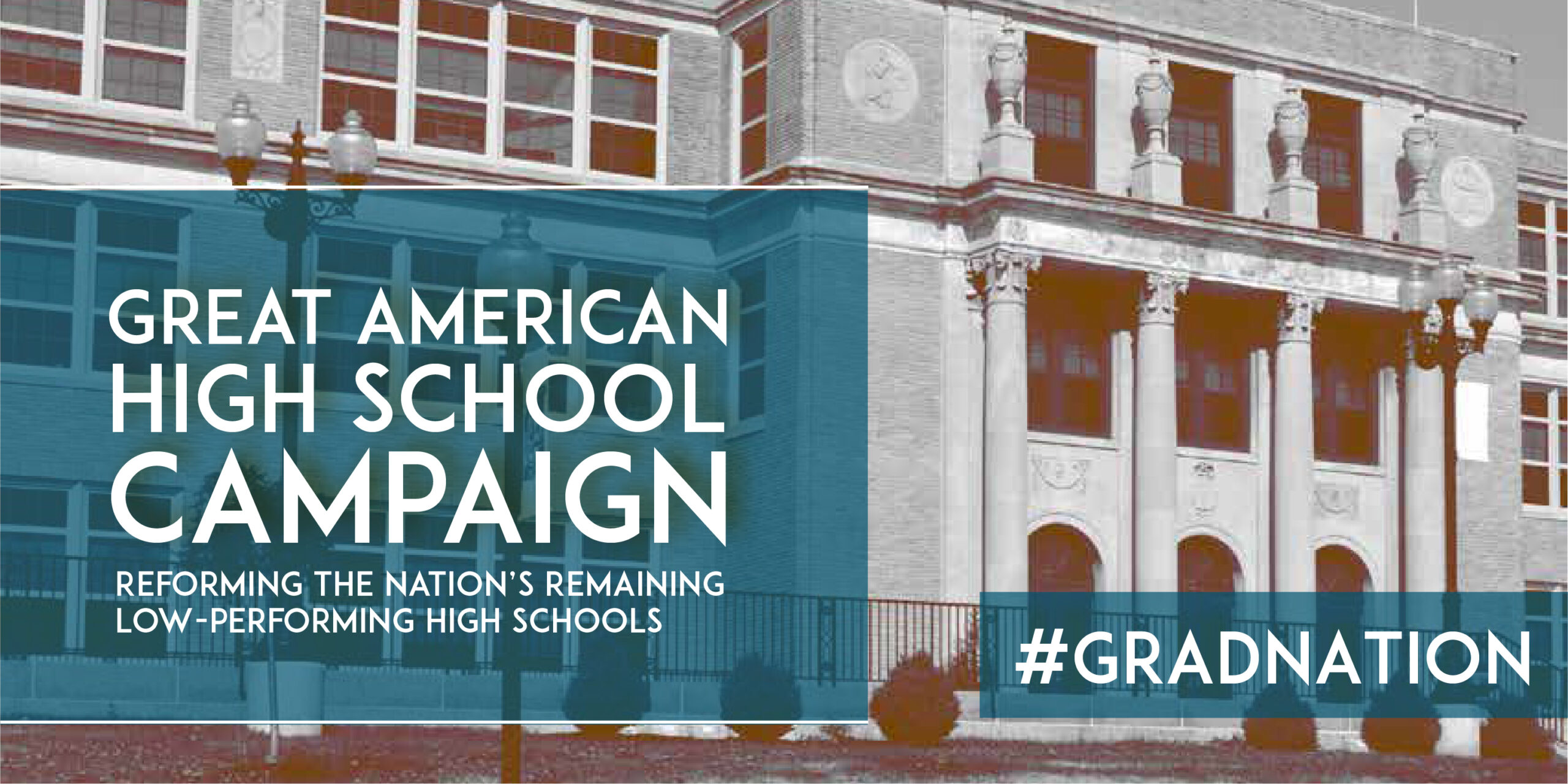 Our final story for the day – Civic Enterprises and the Everyone Graduates Center at Johns Hopkins University released the Great American High School report this week in partnership with America’s Promise Alliance and the Alliance for Excellent Education. The report highlights 1,329 high schools that enroll 300 or more students and have a graduation rate below 67 percent or a promoting power below 60 percent, which means they lose close to half of their students between freshman and senior year. Half of these high schools educate essentially only students of color. Three-fourths of these high schools are majority students of color. Only a quarter of the low-graduation-rate and weak promoting power high schools are majority white.

This blog post represents a slightly edited transcript of the October 5 episode of Federal Flash, the Alliance for Excellent Education’s five-minute (or less!) video series on important developments in education policy in Washington, DC. The video version is embedded below. For an alert when the next episode of Federal Flash is available, email at alliance@all4ed.org.

Title I of ESEA: Considerations and Recommendations

Title I of ESEA: How the Formulas Benefit Different Types of School Districts

Title I of ESEA: How the Formulas Work