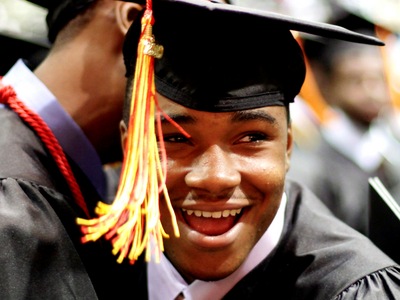 The Schott Foundation for Public Education released its biennial report about black males in U.S. public schools on Wednesday, estimating that 59 percent of black males graduated from high school on time in the 2012-2013 school year, compared to 65 percent of Latino males and 80 percent of white males. The Washington Post

As millions of students gear up to take the first round of the new Partnership for Assessment of Readiness for College and Careers (PARCC) assessment next week, education experts, including Alliance Senior Fellow Robert Rothman, explain the necessary investment in Common Core aligned tests. Marketplace

For the first time since the rise of teachers unions in the 1980s, the percentage of USA teachers represented by unions in public and private schools has fallen below 50%, suggesting that the demographics of the teaching profession and the shift away from traditional schools are taking a toll on union membership. USA Today

The Colorado State Board of Education does not have authority to give school districts waivers from state-mandated tests, according to the Colorado attorney general. The Denver Post

The California High School Exit Exam would be suspended for several years and its role would be re-examined, and eliminate it as a graduation requirement under a bill introduced last week by the chair of the Senate Education Committee. EdSource

Montgomery County, Maryland’s high school students soon will be able to get 20 extra minutes of sleep every weekday morning, after a school board vote Tuesday to shift school hours for students across the district. The Washington Post

Washington State’s public schools chief is worried that students aren’t learning enough about computers and technology. Under a proposal from state superintendent Randy Dorn, schools would have to report to his office how their students are meeting technology literacy requirements. eSchoolNews

Teach for America, a nonprofit organization that places college graduates into some of the nation’s most troubled schools, plans to reduce its incoming teaching force in Memphis by about 40 percent this fall, a regional leader has confirmed. Chalkbeat TN

A foundation started by philanthropist Eli Broad has suspended a $1 million national prize awarded annually to a top-performing urban school system amid concerns that the schools are failing to improve quickly enough. The Associated Press

A new online multiuser game aims to help persuade middle and high school students to immerse themselves in science, asking players to interact with a fictional world by using real world media and skills. THE Journal