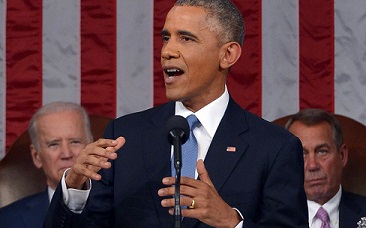 Personal information for special-education students in the District has been publicly available online since 2010 through a security breach that D.C. public school officials reported on Tuesday. The Washington Post

Federal data released in March 2014 show that black students are suspended at three times the rate of their white counterparts, disciplined and punished excessively far too often for minor behaviors, with consequences lethal to their life prospects.  The Atlantic

Jeb Bush’s decision to turn over leadership of the prominent K-12 organization he founded to Condoleezza Rice as he mulls a White House bid could signal a new phase for the Foundation for Excellence in Education—and for a broader network of advocacy groups seeking to challenge what they view as the status quo in education. Education Week

Montgomery County, MD Schools Superintendent Joshua P. Starr will step down in two weeks, abruptly ending his tenure after failing to convince a majority of the school board that he was leading Maryland’s largest school system in the right direction. The Washington Post

A California state advisory committee is recommending moving away from the Academic Performance Index, which totes a single number in favor of a more comprehensive system allowing for a broader picture of school effectiveness. EdSource

A growing awareness that perennially high teacher turnover is hurting student learning is prompting Denver Public Schools to seek the root causes of churn and develop strategies to keep teachers in the classroom. Chalkbeat CO

William Troutt, president of Rhodes College in Memphis, has been appointed by Gov. Bill Haslam to the nine-member State Board of Education, state officials confirmed Tuesday. Chalkbeat TN

When the superintendent of public schools in Fayette County, Kentucky resigned late last year, students wanted to have a real say in hiring his replacement. But state law prohibited them from sitting on the selection committee. So the students decided they’d try to change the law. The Washington Post

For the second straight year, California will ask the federal government to exempt it from using scores on the new assessments that students will take this spring to measure progress in math and English language arts, a key requirement under the No Child Left Behind law. EdSource

Textbooks, those long-entrenched staples of classrooms, could soon be pushed from their place of prominence by a high-tech alternative: online lessons that can be downloaded, customized and updated — all at will, and all for free. eSchoolNews

Today, educational technology company Blackboard announced an agreement to acquire Schoolwires, which provides web hosting and content management tools to more than 11 million users across over 1,700 districts and school organizations in US and China. edSurge

Students aren’t the only ones who can benefit from differentiated instruction. Teachers, too, have individual strengths and weaknesses, and they need different types of professional development at specific points of their careers. THE Journal