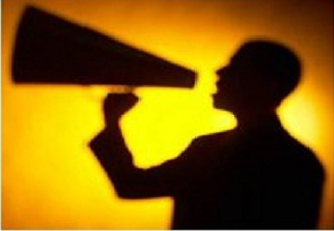 Federal officials have again granted Louisiana a renewal of its No Child Left Behind (NCLB) waiver. The U.S. Department of Education said Monday that Louisiana has implemented reforms that go above and beyond the law’s requirements. The Republic

Students in the Los Angeles Unified School District will be required for the first time to take ethnic studies classes as part of an effort to encourage stronger cultural understanding. The LA Times

About 7,500 New Orleans school employees who lost their jobs after Hurricane Katrina appear to have exhausted their options in Louisiana courts after the state Supreme Court decided Monday to reject the plaintiffs’ request for a rehearing. The Times Picayune

A new study out of New York City is focusing on what works best to prepare kids for school and collecting evidence on the best way to raise outcomes for kids in poverty. Their hunch is that it may begin with math. NPR

Principals could swap schools for a year under an unusual provision of the city’s contract agreement with the school-administrators union, city and union officials said Monday. The new “ambassador” program would let principals and assistant principals trade places with leader teams from other schools for a year to exchange ideas. Chalkbeat NY

A new study, published last week in the journal Educational Researcher, looks at the average SAT scores of newly certified and hired teachers in New York State over the past 25 years, which researchers finding that average SAT scores for teachers in the state has risen substantially in recent years. The Huffington Post

Education technology and data analytics go hand in hand. But in order for these tools to help inform teachers with their instructional practice, they need to understand how to use the data generated about where students are excelling and struggling. edSurge

While the leadership turmoil in the Los Angeles Unified School District has attracted widespread attention in recent months, the state’s largest district is far from the only one in California that is coping with superintendent turnover. EdSource

An especially lean education budget will have only a modest impact on Tennessee schools next year, outgoing education commissioner Kevin Huffman said after a budget hearing last Friday. Chalkbeat TN