“Go” or “No Go” on Common Core? Next Six Months Will Be Key in Many States 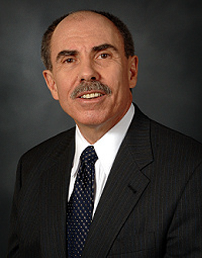 The next six months may be some of the most critical for K-12 education in recent memory. And that is not just more political hyperbole from a former politician. Indeed, my twenty years of serving in legislative bodies underscores this prediction. When the adjournment gavel bangs by summer to close most of the states’ legislative sessions, major decisions affecting education for decades will have been made.

An old saying is “The President proposes, the Congress disposes.” Now substitute the words governor” and “legislature” for the 50 states and DC.

What we are seeing now is the chief executive—the president and the 50 governors–using the bully pulpit of the State of the Union or State of the State addresses, to announce their key priorities. For several days afterwards, the media will analyze the proposed budgets and proposals and seek legislative reactions to the speech.

So why is this set of legislative sessions any more important for education than recent sessions? Because this is the year for most states to make major commitments to implementing the Common Core State Standards (CCSS). The Go-No Go decisions will have to be made.

First is whether to move forward with the 2014-15 administration of PARCC or Smarter Balance assessments, which are aligned with the CCSS. Field testing begins this year; full scale administration next. Some states have ducked out of the consortia. Others feel the political pressure building.

Dropping out seems to buy only temporary relief as abandoning states grapple with what replaces the consortia–and at what cost.

Right behind whether to move forward with the assessments is how they are used for accountability, including teacher evaluations. Recent statements by New York state legislative leaders plus the no-confidence vote by the state teachers’ union are the most recent indication of how volatile this issue is.

Will legislators be willing to step up to the growing obligation of providing the comprehensive professional development that the CCSS require for teachers to be truly effective? What educators have learned, and the message is now reaching policymakers, is that real CCSS implementation is not just tweaking, but transforming teaching practice.

Every state legislature also must make decisions about funding. Cuts to education at the time that teachers and students are being asked to do more is a perfect storm that should be avoided. Another key question will be how to encourage and fund new education technologies. Almost everyone recognizes the need for using various technologies–data systems, online content, interactive software, professional learning opportunities. But creating a climate for effective planning and implementation often requires legislative action. And other key policy issues quickly arise such as whether to move to competency-based advancement and how to ensure accountability and transparency around how data will be collected, stored and used to protect student privacy.

These are tough enough issues in normal legislative sessions. Now throw in midterm elections with thirty-six governorships at stake plus thousands of state legislative seats. Add growing activism from the right and the left around the CCSS. Plus the immutable political law that thoughtful deliberation declines in direct relation to the closeness of an election.

What is at stake over the next six months is whether states truly move from adoption of the CCSS to implementation. Will policymakers make the tough decisions that aggressively implement these standards or will they overtly abandon them or covertly slow progress until eventually they are neutered? During the past month, most of the governors have had their say; during the next months much of the future of the CCSS depends on the nation’s state legislators.