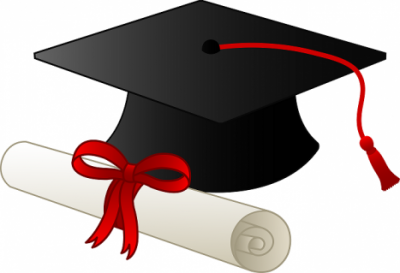 Big news this week on the rising high school graduation rate in the U.S., which is now up to 82 percent. As the Associated Press reports, the figures, released yesterday by the U.S. Department of Education, show that the achievement gap has narrowed. “The data showed that black and Hispanic students made progress closing the achievement gap with their white counterparts,” writes reporter Jennifer Kerr, “about 72 percent of black students and 76 percent of Hispanic students earned diplomas in 2013-2014. For white students, the rate was 87 percent.”

Although the progress is encouraging, Kerr writes, “nearly 1 in 5 students are leaving high school without a diploma.” U.S. Education Secretary Arne Duncan was pleased with the results, the article notes, but did comment that “we have a good deal more to do to ensure that every child has access to a quality education.”

Duncan was quoted in the Washington Post as saying: “This gives me a real sense of optimism of where we can go over the next few years. For far too long in this country . . . clearly there was a sense in far too many places people didn’t honestly believe in their hearts that black and brown children could be successful. We’ve gone, as a nation, from having 2,000 dropout factories to 1,000. That’s still not zero, but we cut that in half.”

Duncan’s reference of the decrease in dropout factories was explored in an Alliance report, which showed that the number of “dropout factories,” or high schools where less than 60 percent of students make it to their senior year, decreased from around 2,000 in 2002 to a little over 1,000 in 2014. The report also showed that the number of high school dropouts decreased from 1 million in 2008 to approximately 750,000 in 2012. Check it out: Progress Is No Accident: Why ESEA Can’t Backtrack on High School Graduation Rates.

And speaking of graduation rates and the Every Student Succeeds Act (ESSA), the current version of the Elementary and Secondary Education Act (ESEA) that President Obama signed into law last week, Education Week dives a bit deeper into this area. Ed Week notes that ESSA “requires states to intervene in schools that are commonly referred to as ‘dropout factories’” and that “states must set goals that address graduation rates.” You can learn more about how under ESSA, states and districts are responsible for supporting and improving the quality of low-performing high schools, by visiting all4ed.org/ESSA.