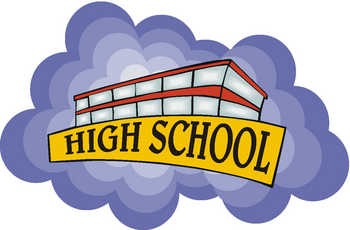 Last week, Politico ran a story on the School Improvement Grants program (SIG), which received billions of dollars with the goal of turning around 5,000 of the nation’s lowest-performing schools over a five-year period. In the article, reporter Caitlin Emma focused on two troubled high schools that received money from the program yet experienced drastically different outcomes. A Miami school rebounded in three years’ time from an “F” rating to a “B” rating, whereas a Chicago school remained at the same level as before the grant, with less than 10 percent of juniors considered proficient at reading, math, and science.

The article notes that the difference between the two experiences lies in one factor that is a key variable for success: readiness to make use of the money. Emma notes how Miami school district officials had prepared for the grants and had the support of teachers, unions, and parents. The leadership in Miami knew that improving personnel in the schools would be the key to success, and replaced weak teachers with stronger candidates from high-performing schools upon receiving the SIG money. In Chicago, the article notes, teachers didn’t feel involved and officials changed almost yearly. “If leadership was key to Miami’s readiness, the revolving door at Chicago Public Schools has been that district’s undoing.”

Another story on the topic of high school transformation ran in the Hechinger Report last week, showcasing the success of a Rhode Island high school that was once considered one of the best in the state but had fallen in the ranks. The school had seen test scores slide and the graduation rate was below 80 percent, in a white, suburban community with only 26 percent of students receiving free or reduced-price lunch. In 2012, the arrival of a new principal, Alan Tenreiro, who is being honored as 2016 National Principal of the Year for his success in the school’s turnaround, set the school back on track, the article says, with test scores improving and increases percentages of students scoring proficient on math, reading, and writing. In the piece, Tenreiro attributes the advances to “the faculty’s embrace of Common Core standards; a more personalized approach to high school; and blended learning.”

Tenreiro tells the Hechinger Report that the school raised achievement by de-tracking students, implementing student mentoring, and embracing blended learning, beginning with credit recovery and summer school, and eventually providing all students with a Chromebook. When it comes to Common Core, Tenreiro discusses the need to focus on thoughtful implementation of the standards, and not to confuse conversations on over-testing with standards that are higher targets and encourage deeper learning for students. “The Common Core standards are focused on college and career-ready standards, not to just get students a diploma but to make sure they have transferrable skills for whatever they may face. And I think the Common Core does a better job at that than what we had before,” he says.

The topic of high school success will certainly remain in the news this week, as the White House holds a summit on Next Generation High Schools tomorrow morning. The summit will bring together students, educators, philanthropists, and entrepreneurs for a national conversation on transforming high schools to better serve all students. In a White House blog post about the summit, Roberto Rodriguez, Deputy Assistant to the President for Education, writes, “This convening will catalyze new thinking on the challenges and opportunities for advancing this agenda, and to share strategies for progress. It will also serve as an opportunity to highlight new resources and investments – from the federal government and others- dedicated to advancing high school redesign work.” Tune in to watch the summit live on Tuesday, November 10 at 9:00am ET.

In conjunction with the summit, the Alliance and Change the Equation will be hosting a screening and discussion on Next Generation High Schools this evening. The event will explore how schools can change the high school experience to provide all students with a 21st century education that prepares them for success, and examine the role that the federal government and the business community can play in this transformation. To spark this conversation, participants will watch feature selections and unseen footage from the Sundance-acclaimed film Most Likely to Succeed. Speakers include U.S. Senator Tammy Baldwin (D-WI); Edward Brown, a graduate of Springfield Renaissance School (MA); Ted Dintersmith, executive producer of Most Likely to Succeed; Roberto Rodríguez; Linda Rosen, chief executive officer at Change the Equation; and Bob Wise, president of the Alliance for Excellent Education. Register here to access a live video feed from the event.

And, last but not least, the Alliance will be releasing a new report tomorrow, also in conjunction with the White House summit, to provide new data on the nation’s progress in reducing high school dropouts. Stay tuned for details on the report in tomorrow’s Daily Dish!