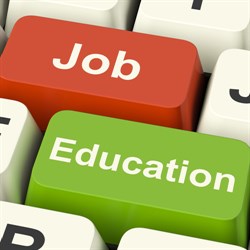 In a forum at Idaho State University earlier this week, panelists from Idaho’s government, education, and business communities gathered to speak about “Education and the Economy: Preparing Idaho’s Workforce for the Future.”

END_OF_DOCUMENT_TOKEN_TO_BE_REPLACED

A recent article in The Washington Postdescribes one school district that is taking early warning indicator systems and using them, well, even earlier. School officials in Montgomery County, Maryland examined data on students from the graduating classes of 2011 and 2012 and found that first graders with nine or more absences in a school year or below grade level in reading or math were twice as likely to drop out of high school.

As a result of the study, Montgomery County officials will now begin monitoring student attendance, behavior, and academic performance in the first grade to try to identify students who may be off-track. The program will begin in 10 schools who have requested additional help from the district.

Officials warn that this early warning system must not lead to the labeling of students that could, as the article notes, “push some adults to ignore certain children considered lost causes.” Montgomery County school superintendent Joshua P. Starr noted, “I don’t want to suggest that we’d be labeling kids or tracking kids or saying they’re destined for failure…It is an opportunity to understand the pattern so we can reverse the potential for [a student] to drop out. That is the power of predictive analytics.”

First, at the middle and high school levels, students have more ownership of their education; their individual motivations, interests, and levels of persistence can be leveraged to re-engage them in their education if they get off-track. This is less true at the first grade level; if a student is off-track at this point, it seems that would likely be influenced by factors at home. Consequently, any early warning indicator system employed this early should have a mechanism to reach out to parents or guardians and engage them in a learning plan to get a student back on-track. For example, that engagement could look like something as simple as stressing the importance of reducing student absenteeism.

Second, it follows logically that districts and schools serving more students in traditionally at-risk groups (students of color and students in poverty) are going to have more students identified as off-track, if they have the resources to implement an early warning indicator system at all. Schools and classrooms in these districts may find it difficult to find the resources to create learning plans for all of these off-track students. However, as the Alliance’s economic data show, there are significant costs later to not best serving and educating students now. This underscores the need to continue to focus on the nation’s lowest-performing high schools and the elementary and middle schools that feed them. These elementary schools, especially, may come into focus much clearer now as a result of Montgomery County’s efforts and early warning system.

Bill DeBaun is a policy and advocacy associate at the Alliance for Excellent Education.

Deeper Learning Digest: Project-Based Learning and a Focus on Assessments 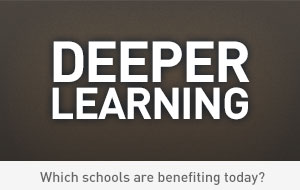 Welcome to the latest edition of the Deeper Learning Digest! Wherever you are, please accept our sincere hopes that it is not as hot there as it was in our nation’s capital last week. Can we please start our students on some projects based on weather modification on demand? END_OF_DOCUMENT_TOKEN_TO_BE_REPLACED

Deeper Learning Digest: #PBLWorld, Teacher Toolbox, and So Much More

Brace yourself, this is a doozy of a digest today. Before we dive into the six, count them, six sections of the digest today, let us draw your attention to this article from Edudemic titled “30 Powerful Ways to Promote Your Blog.” As we all know, great content that isn’t communicated effectively isn’t good for anyone. For all of you with a blog, or even a Twitter account, out there, this article is worth a look to see what you could possibly improve on. END_OF_DOCUMENT_TOKEN_TO_BE_REPLACED

We’re back for another edition of the Deeper Learning Digest. We hope last week was a good one for all of you and that this one will be even better. Enjoy these tidbits as a kick start to your week!

First, a little levity (with an unfortunate ring of truth for entirely too many students nationwide) to start us off. (via @Upworthy) END_OF_DOCUMENT_TOKEN_TO_BE_REPLACED

Four decades have passed since the nation’s high school graduation rate has been as high as it is this year, according to the latest edition of Education Week’s esteemed Diplomas Count report . The report estimates that the nation’s overall high school graduation rate for the graduating class of 2013 is 74.7 percent, up from 73.4 percent in last year’s class, and up 7.9 percentage points from ten years ago. The 74.7 mark is one that American schools haven’t reached since 1973.

END_OF_DOCUMENT_TOKEN_TO_BE_REPLACED 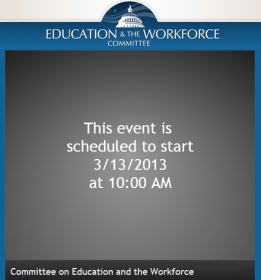 Alliance for Excellent Education Vice President of Policy Charmaine Mercer is testifying tomorrow morning in front of the House Education and the Workforce Committee during a hearing titled “Keeping College Within Reach: Examining Opportunities to Strengthen Federal Student Loan Programs.” Could this be the start of some momentum to #fixfinaid?

This hearing could signal the start of some movement on a reauthorization to the Higher Education Act, the nation’s main piece of higher education legislation, which was last fully reauthorized in 2008. Since then, Congress has tweaked various parts of the federal student aid system in a piecemeal fashion, including preventing a doubling of the interest rate on subsidized Stafford loans last year, which it will consider doing again in the next few months. END_OF_DOCUMENT_TOKEN_TO_BE_REPLACED

Happy Friday and happy March! Fun fact: somehow through the power of science there were actually 11 days crammed into this week, so if you think it felt longer than usual, you weren’t alone and you weren’t wrong!

These announcements are the only thing standing between you and your weekend, so let’s make them great.

First off, three more states have applied for waivers from the No Child Left Behind law. Texas, Wyoming, and Pennsylvania, come on down and join 34 other states and DC who have already had waivers approved. This was the fourth, and as Education Week notes, potentially last call for NCLB waivers by the U.S. Department of Education. END_OF_DOCUMENT_TOKEN_TO_BE_REPLACED

Good morning and welcome to your announcements! Today is the last day of February. Yes, it is only the 28th day of the month. If you feel cheated by not having at least two if not three more days in this month, you’re not alone. Calendar class action lawsuit, anyone?

Before we jump into it this morning we want to draw your attention to two great events here at the Alliance today. First., at 1pm EST, join us for a #FixFinAid Twitter Town Hall. This Town Hall will examine solutions for the federal student aid system that can benefit students and spur college completion. Then, immediately following the Town Hall, join us for a webinar titled “Planning for Progress in Digital Learning: Introduction to Technology and Infrastructure,” that’s related to our Project 24 initiative. We hope to see you at both of these! END_OF_DOCUMENT_TOKEN_TO_BE_REPLACED 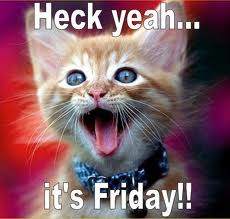 Happy Friday, everyone! In case you missed it, it’s three-day-weekend eve. Congratulations, you made it. We won’t keep you long, just enough to give you some tidbits to weigh on your well-earned break.

First up, Vermont governor Peter Shumlin has released a plan that would expand dual enrollment in the Green Mountain State. Education Week reports that the plan would allow more high school juniors and seniors to take classes for free. “Students would be able to attend up to two classes at the Vermont State Colleges, the University of Vermont, and participating private institutions.” Good news all-around. END_OF_DOCUMENT_TOKEN_TO_BE_REPLACED