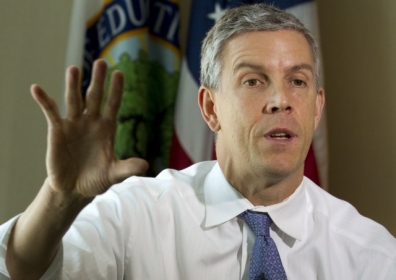 The Chicago’s Board of Education unanimously changed how it ranks its schools Wednesday, introducing minimums that will benefit the highest-performing schools and potentially lessen the number of schools at the bottom performing schools would show less academic growth, thus affecting their School Quality Rating Policy (SQRP) scores. The Chicago Sun-Times

More than $2 million worth of Los Angeles Unified computers, mostly iPads, could not be accounted for during a recent audit by the school system’s inspector general. The review also found that the school district lacked an effective tracking system — and that losses could be higher as a result.  The LA Times

Lawyers in New York working with Campbell Brown on a legal challenge of teacher tenure have agreed to consolidate their case with an earlier complaint filed by a group of public school parents that also seeks to change job protections for teachers. The Washington Post

Florida Governor Rick Scott wants to challenge the U.S. Department of Education’s requirement of counting the test result of students learning English after one year in school, stating that he and educators wish to expand that to two years. State Impact

This month, Rhode Island Department of Education (RIDE) announced a recent partnership with The Learning Accelerator to make Rhode Island the first fully “blended-learning State” in the nation. edSurge

Thanks to a new partnership with Carolina Biological, students and teachers at Sumter, SC School District are gaining access to a large collection of online videos around STEM topics from video archives such as Getty Images and NASA. The Journal

Learning is changing. It is moving from a primarily school-based, formal process to include more informal opportunities. Informal learning, then, is often characterized by its impromptu and unofficial nature, as a new infographic demonstrates. eSchoolNews