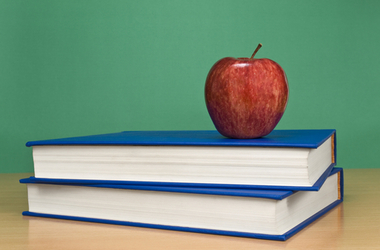 The West Virginia State Board of Education voted 6-to-2 to withdraw its curriculum on climate change, an altered version of the Next Generation Science Standards, which were developed by 26 states. The New York Times

With California students set to begin taking new Smarter Balanced tests in the Common Core State Standards this spring, state education officials are worried about how parents will view the results. EdSource

The American Federation of Teachers wants Congress to keep annual testing — but only for informational purposes, not to determine how teachers and schools are performing. The Washington Post

Indiana students would begin taking standardized tests a year earlier — in second grade — under a bill the Senate Education Committee took up Thursday, and proponents of the idea argue it would reduce the number of tests given at third grade and give kids an extra year and more chances to pass. Chalkbeat IN

When it comes to parents and schools, will choice and competition really improve academic quality? A new study out of New Orleans complicates the picture. NPR

In the same week that a group of parents in New York are pushing a judge to hear a case that could limit teacher tenure, an education nonprofit has released a poll detailing what educators think their job protections should look like. The Huffington Post

D.C. Council member David Grosso (I- At large), the newly appointed chairman of the education committee, outlined a broad approach to education reform this week, involving every agency in the city to help prepare students to learn. The Washington Post

Albemarle County Public Schools (ACPS) in Virginia has decided to expand its partnership with a private company in an effort to improve mobile access to online tools and provide a unified platform for its education technology. The Journal

On the heels of its Dec. 19 decision to raise internet connectivity funding for schools by $1.5 billion, the Federal Communications Commission (FCC) is now voicing support for Silicon Valley to help create engaging and innovative teaching material. eSchoolNews