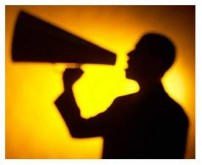 The Federal Communications Commission (FCC) released a report that outlines the state-by-state impacts of the proposed E-rate modernization plan, which seeks to expand Wi-Fi connectivity to students in schools and libraries across the country. Education Week

The Louisiana State Board of Elementary and Secondary Education is taking further steps toward suing Gov. Bobby Jindal over his Jindal’s attempt to roll back the new Common Core State Standards and block new tests. The Times-Picayune

Common Core-like initiatives seem to be making their way into Higher Ed, as 68 institutions in 9 states have agreed to pilot a new approach to learning outcomes assessment as part of the State Higher Education Executive Officers Association (SHEEO), in efforts to measure how students are achieving higher education outcomes eCampusNews

Schools in New York are becoming more congested, federal and state aid has dropped, and the number of students in “temporary housing situations,” has shot up, according to a report on the state of public education. The New York Times

D.C.’s public school principals have taken up a door-to-door campaign hoping to sell their schools city to families in an aggressive move to boost enrollment after years of ceding ground to charter schools. The Washington Post

The unemployment rate of youths across the U.S. is alarmingly high, a statistic which could not only effect personal lifelong achievements, but also greatly affect the overall economy. NPR

Three school districts will give students the chance at 1:1 education, rolling out Dell laptops to give students anytime, anywhere access to learning and collaboration tools and help prepare them for college and career success. The Journal

While you’re reading that, check out the Alliance’s recent report on the importance of incorporating Anytime, Anywhere learning in today’s public schools

Civil Rights Act of 1964 was signed into law 50 years ago today. So what have we learned and accomplished by the way of equity in education – and what still needs to be done? The Hechinger Report

The Common Core State Standards offer a renewed focus on reading nonfiction in school and awaken a curiosity in students. The Huffington Post

Are one-room schoolhouse of the past a thing of the future? NPR