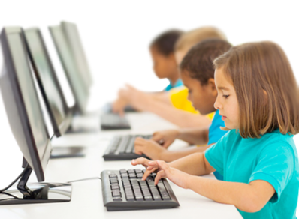 The Federal Communications Commission on Thursday adopted a broad expansion and overhaul of its program to bring high-speed Internet into schools and libraries. The E-Rate program will grow by $1.5 billion, to a spending cap of $3.9 billion, the first change in the base spending cap since it was set in 1997. The New York Times

Overall retention rates for grades 1 through 9 declined by almost half from 2.9 percent in 2004-05 to 1.5 percent in 2009-10, according to “Patterns and Trends in Grade Retention in the United States, 1995-2010,” a report released Thursday by the American Educational Research Association (AERA). EdSource

Pearson has won a competitive tender from the Organisation for Economic Co-operation and Development (OECD) to develop the framework for 2018’s Program for International Student Assessment (PISA), which is widely used as a benchmark for evaluating education systems worldwide. The Journal

The San Francisco school board voted unanimously on Tuesday to require all of the city’s 19 public high schools to offer ethnic studies courses, becoming the third California city to offer such courses. The Huffington Post

The Atlanta Public Schools Board of Education approved a waiver Thursday which would allow the district to exceed maximum class size requirements. The decision was made quickly, and brought a firestorm from parents in the audience. WSB-TV Atlanta