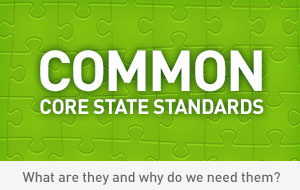 This past August, the non-profit organization Reading With Pictures released a set of comics aligned with the Common Core Standards to be used in classrooms. The comics also have a corresponding teacher guide for educators, which contains lesson plans. The Huffington Post

While you’re reading that, be sure to check out the latest in our Core of the Matters series, in which Massachusetts teacher Nancy Barile reflects on how the flexibility of the Common Core gave her the chance to engage her students in the joys of reading.

McComb schools in Mississippi are working to make the Common Core apart of student curriculum after dealing with questions over adopting assessments, with the hopeful outcome of more engaged and critical thinking students. The Hechinger Report

New York City is overhauling its system for evaluating schools, de-emphasizing test scores in favor of measures like the strength of the curriculum and the school environment, and doing away with an overall A-through-F grade for each school, the schools chancellor, Carmen Fariña, said on Tuesday. The New York Times

Bucking the national assessment trend, Alabama and others are using a new exam from ACT Aspire to make sure students as young as third grade are on a path to college or career readiness. eSchoolNews

One indisputable effect of introducing technology into education has been the generation of unprecedented amounts of electronic data on America’s public school students. But what to do with all that data – and what tools to use to protect it – is its own conversation. The Hechinger Report

In California, Governor Jerry Brown signed into law the Student Online Personal Information Protection Act (SOPIPA) on Tuesday, which prohibits companies from using personal information gathered from students through online education technologies for any purpose other than the purpose for which it was originally collected. The Journal

Low pay and tough new expectations for teachers have led to a shortage of qualified people willing to take jobs in Arizona, leading schools to ‘go international’ in efforts to fill the classrooms. The Arizona Republic

Students of color make up two-thirds of Montgomery County, MD’s public school enrollment, but most educators in the county’s schools are white, and the district does not track whether they speak Spanish or other languages, according to a county report released Tuesday. The Washington Post

Louisiana public school systems will spend at least $6.9 million this year to educate almost 1,400 unaccompanied immigrant children, according to data from state and federal officials. The Times Picayune

What can brain scans tell researchers about how young children learn? University of Washington researchers recently analyzed brain activity along with the complex blending of genetics and early experiences that happen in childhood in hopes of answering that question. eSchoolNews

Three public schools and two private schools in the Washington, DC area have been selected as 2014 National Blue Ribbon Schools by the U.S. Department of Education, a recognition given to schools that have either high achievement or improvements in closing the achievement gap. The Washington Post

In her second annual address on the state of D.C. Public Schools, Chancellor Kaya Henderson said Tuesday night that the District’s public schools are on track to accelerate progress that has been underway in recent years. The Washington Post